“But you can’t just leave me in the street with an elephant,” Adrian protested.
“Why not?” enquired the carter simply. 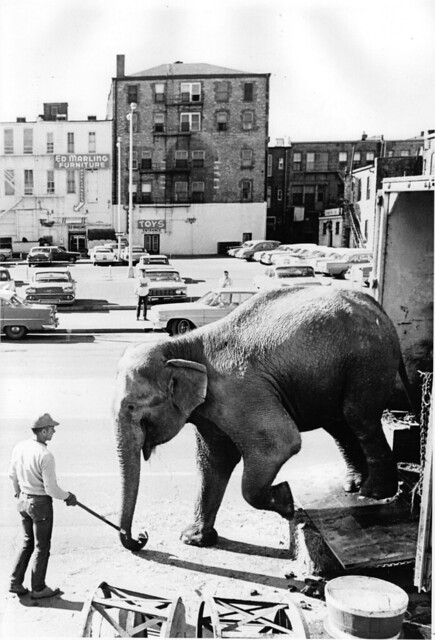 “But I can’t take her in there,” said Adrian wildly, gesturing at Mrs. Dredge’s six foot square front garden. “She won’t fit, for one thing… and she’d tread all the plants down.”
“Ar, you should ‘ave thought of that before you ordered ‘er,” said the carter.
“But I didn’t order her. She was left to me by my uncle,” said Adrian, reflecting as he said it how very unlikely the whole thing sounded.
“‘E couldn’t ‘ave liked you very much,” said the carter.

from Rosy is My Relative by Gerald Durrell