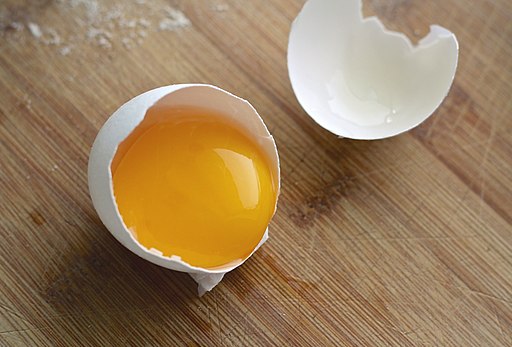 Nor, to my surprise, was this the only yolk-bearing cocktail among the 27 enumerated by Herbert Jenkins Ltd, 3, Duke of York Street, London, S.W.1, which range from the Absinthe cocktail (2/3 water, presumably to avoid going blind) to the Prince Charming (who is shortly going to be suffering from gout and/or liver failure, judging by his ingredients).

The Golden Fizz cocktail contains, in addition to the yolk, a third of a glass of gin, a third of a glass of lemon juice, 3 dashes of sugar syrup and a glass of soda water (added after shaking).
The Silver Fizz proceeds along very similar lines, except that the yolk of the egg is replaced with the white of the egg, thus sparing the cocktaileer the annoyance of looking up a cookbook for Things To Do with Orphaned Egg Whites/Yolks. Always providing, of course, that the Golden and Silver fizzes are consumed in pairs (possibly by Loser #1 and Loser #2 of a drinking game, respectively).

I have to say, the thought of imbibing raw egg does not appeal, regardless of how much alcohol is involved. What do you think?