More to the point: productivity. During this last week I finished writing the subplot for The Wound of Words (the first draft left it out), walked 3+km into town to run a variety of errands (took the bus back), did heaps of laundry, cleaned the bath properly, calculated my approach for the rest of the WoW rewrite, divided the manuscript into chapters and titled them, went for some shorter walks, sorted the ash bucket (into ash, charcoal and nails), vacuumed a heavily furred carpet or two and wrote some blog posts.

I think I spent more time getting things done. But I also spent more time being tired from Doing All The Things. Overall, though, I’d say it was beneficial, and worth continuing. I got up on time today, too.

Have you tried a Keystone Habit this week? How did it work out for you?

For my next trick… the Master List.
This is a fairly simple approach. You write down the things that need to be done on your Master List. Then each day you choose a few to put on your Daily List.

For example, my Master List includes things like mowing, doing the winter pruning, doing the taxes, and working on the mending pile. It also includes longer-term commitments like blogging, working on gargoyles and decluttering. Some of these are bigger jobs (e.g. the pruning) and some are smaller (e.g. writing a blog post). 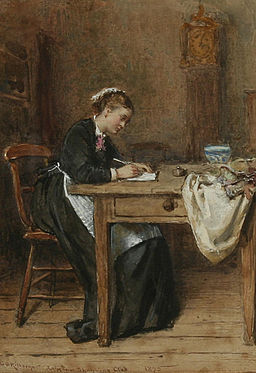 So, my list for today includes writing this blog post, doing laundry, ironing, and working on the WoW rewrite, as well as making a big batch of enchiladas. (I don’t normally put cooking on the to do list, but when it’s something more complicated or time-consuming which I’m still getting the hang of, I do.)

It was also going to include watching the Armed Offender Squad practice on the empty state houses down the road, but so far it’s been, frankly, boring. We have only once heard the potential “raised voices from the venue” although there have been a number of people in and around “the venue” with what we are assured are “training firearms”. Alas, as the Caped Gooseberry reminded me, it’s a training exercise, not a demonstration.

Tomorrow… well, tomorrow’s Daily List will include going out to do some necessary errands, and most likely also the first assault on the taxes, among other things.

Do you ever use lists for getting organized? What’s your method?