Number 1: their ink is actually ink. Sepia, in fact. Yep, all those drawings by Leonardo da Vinci started life in a cuttlefish ink sac. 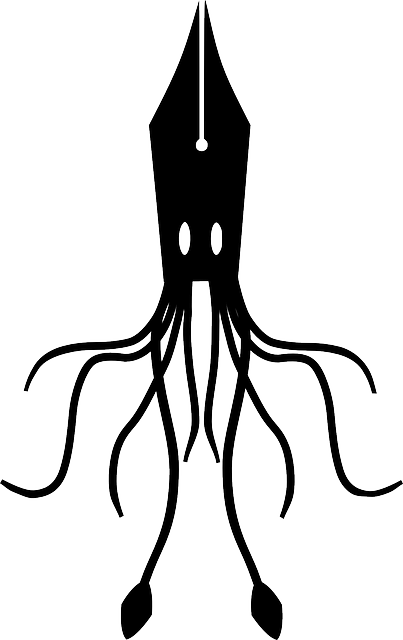 Number 3: They have three hearts (eat your paltry two hearts out, Doctor). This is because green blood isn’t as efficient with the whole oxygen-moving thing as red blood is.

Number 4: They have pupils like inverted monobrows. I mean, look at this: 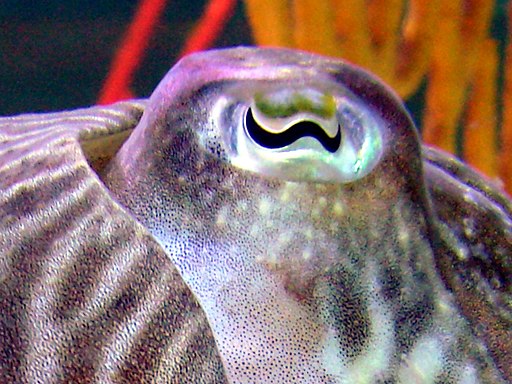 Number 5: On the subject of eyes, they apparently get their eyes all up and running before they hatch from their eggs. So if you happen to swim past a batch of cuttlefish eggs, beware – they’re watching you. And it has been suggested that they gravitate toward the sort of food they saw pre-hatch. (Death by oodles of baby cuttlefish: cutest creepy death ever.)

Number 6: Continuing on the subject of eyes, the cuttlefish has no blind spot. So don’t think you can escape…

Number 7: They are masters (and mistresses) of disguise. They can change colour like sea-chameleons (despite being unable to see colour); they can change their skin texture to more closely resemble their background. And they can do all this accurately, even in near total darkness. How, no one knows. They can even present different appearances on different sides of their body.

Number 8: One of their colour patterns, used by males when in an aggro situation, is called “Intense Zebra”. (Out of such little joys is a life made…) Not to mention that there’s a species of cuttlefish called the “Flamboyant Cuttlefish”. And here’s why: 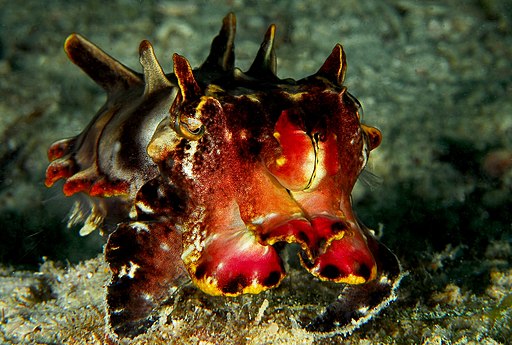 Number 9: They have an internal shell, called the cuttlebone, which they use for going up and down like a submarine. More liquid in the shell: down. Less liquid: up. The cuttlebone has also been used for centuries by metalworkers for making moulds for little fiddly things; and more recently by owners of caged birds for keeping up their calcium intake. (The birds’ calcium intake, that is. Not their owners. As far as I know.)

Number 10: They can be terribly grand and impressive: 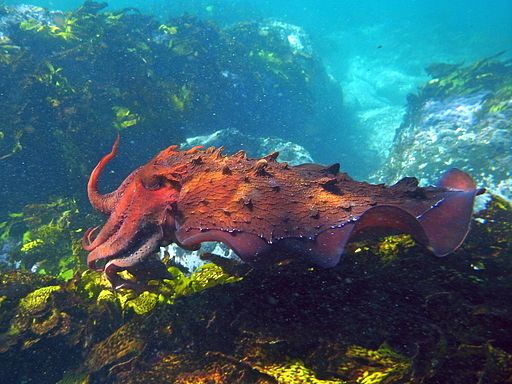 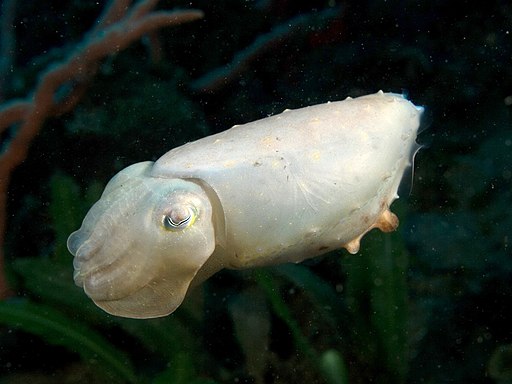 Amazing critters, aren’t they? Which is why I decided to knit a cuttlefish cover for my cellphone. It’s not entirely like a cuttlefish, but it has points of resemblance. I started out intending to use this pattern but in the end it was more ‘inspired by’ than actually ‘based on’. 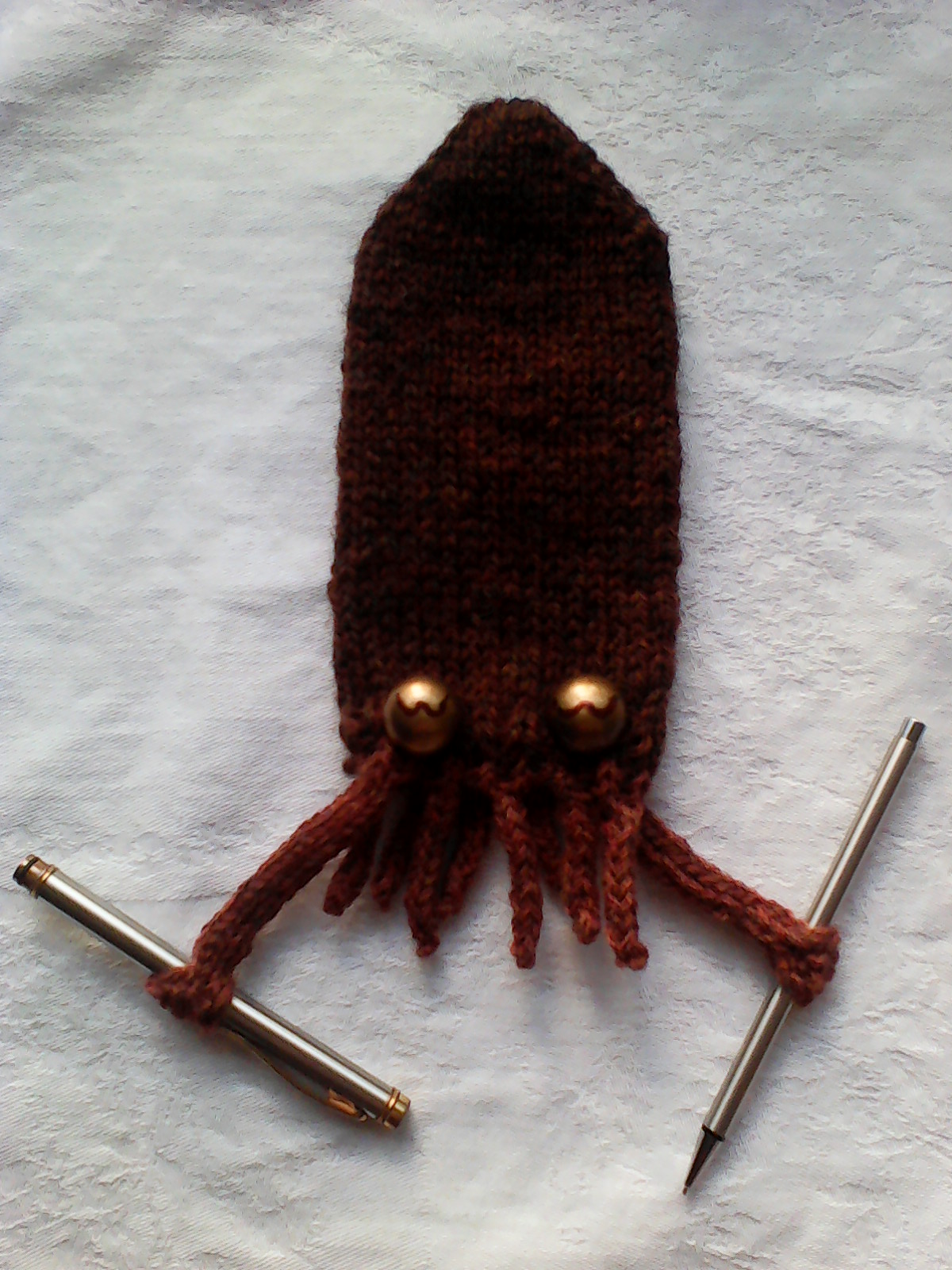 We must prove to the world that we are all nincompoops.
Sir Percival Blakeney, The Scarlet Pimpernel
(Baroness Emma Orczy)