The eagle-eyed among you may have noticed a change or two of late, on or about this blog. I decided, while taking an unpacking-holiday (if such a thing can exist) to spruce the place up a bit. Take it out and beat it like an old carpet, that sort of thing.

I ended up changing the featured image, the about page, my gravatar and the subtitle. (I stopped short at changing my name. One can have too much of a good thing.) Let us review the changes one by one.

First I changed the featured image to Tea Party by Louis Moeller. I don’t know who these old ladies are, but by golly they look like they’re having a grand old time. I feel like clapping on my doily cap and pulling up a chair. 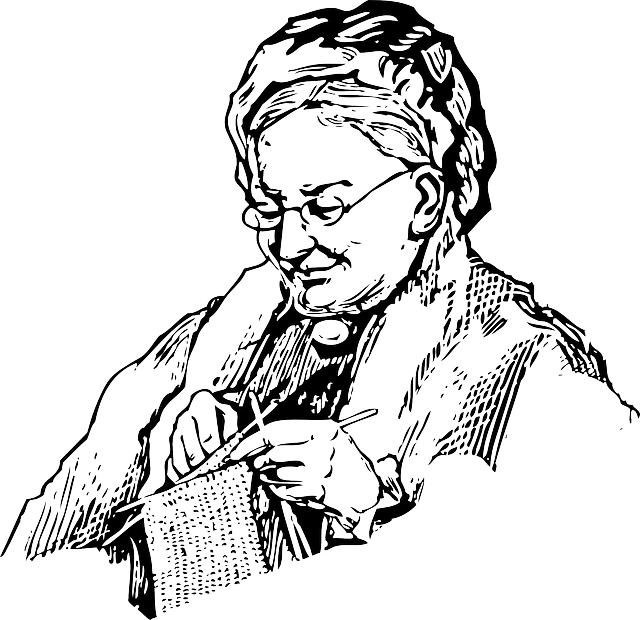 Then I changed my gravatar from the reading jester to this smiley old lady, knitting. I want to be like her when I grow up, with white hair and a gentle smile and plenty of knitting. Also cats (not shown). Knitting and cats are easily come by; a smile takes only a moment; but white hair and wrinkles you have to earn.

I also rewrote the About page, if you’re interested in taking a look at that. It is still about me, though. Sorry to disappoint those of you who thought it might be about cooling systems for nuclear reactors, or how to breed newts. (Please do not try breeding newts in a nuclear reactor. The last thing we need is an increase in the world population of giant radioactive newts.) 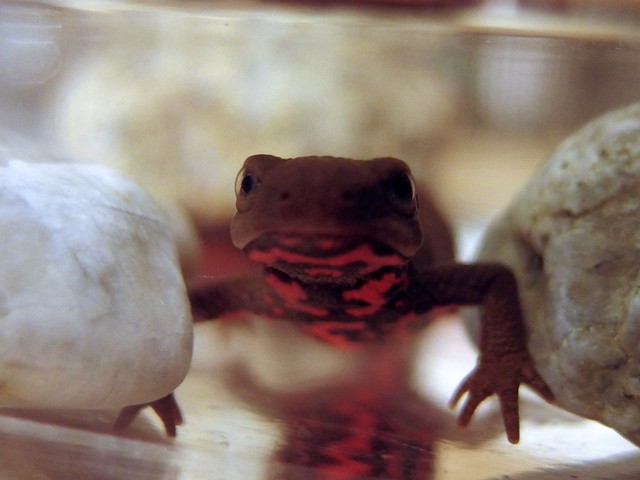 And there’s a change to the subtitle: Old-Fashioned Fruitcake. I am, after all, an unashamedly old-fashioned person, a traitor to my time. And I am – I defy anyone to disprove it – a fruitcake. Nutty as a fruitcake, anyway. Although being an old-fashioned fruitcake, I can’t keep currant. (I am so sorry. I would like to say this will not happen again, but we both know it will.)

Yes, the Eccentric Ethic and Æsthetic is no more – although I can assure you there will still be plenty of Ethics, Æsthetics and Eccentricity scudding about the place. Just… fruitier. And, as the label suggests, old-fashioned. There will be LOLs (both kinds – laughs out loud and little old ladies); there will be handwork, housework and headwear; stationery and simplicity; tea and old technologies.

Think of this, if you would be so good, as a non-stop tea-party to which you are always welcome to drop in for a cuppa, a chat, and a good laugh. There may even be scones, and, when the season is right, jam – but please don’t eat the Fruitcake!