I may not have mentioned this before (if I have, I can’t find where), but some years ago I discovered that I purl backwards – which is to say, clockwise, or Eastern Style.

I don’t know how long I’ve been doing it – if that was the way my mother taught me, being simpler, or if I just found it easier than the anti-clockwise way and decided in my youthful innocence that it didn’t make any difference.

Revelation: it does. When one knits continental style – the way I do – the yarn goes round the needle anti-clockwise. Like so: END_OF_DOCUMENT_TOKEN_TO_BE_REPLACED

It has a back, two fronts (overlapping), two arms, usually a belt of some sort round the middle, and often pockets. It comes in all sorts of materials, from light and thin to warm and snuggly. END_OF_DOCUMENT_TOKEN_TO_BE_REPLACED

Crochet has a reputation for being a gentle, quiet pastime, the sort of thing engaged in by little old ladies and the more productive sort of hippie. But little do people know what morasses of international confusion lurk beneath the tranquil surface of this seemingly innocuous hobby. I recently took up hook (to finish off a piece of knitting, as it happens) and I was completely boggled by what I found.

Take the hooks, for example.

British crochet hooks are numbered: the smaller the number, the larger the hook. A little counter-intuitive, perhaps, but reasonable. Except that when it’s a steel hook, for finer work, the numbering is different. Still bigger number for smaller hook, just… a different range of numbers.

So, for instance, a size 4 could be 6mm wide, or it could be 1.65mm wide. Slightly awkward if you order one for crocheting yourself a blanket, and then find you are crocheting a coaster.

But let us not single out the British for these eccentricities. The American system is, if anything, worse.

Most hooks have a letter and a number: B-1, C-2, K-10½… Except for size 7, sitting there all on its tod between G-6 and H-8. Unlike the British system, the bigger the hook, the bigger the number. Except for the steel hooks for fine work, which do follow the British convention of having bigger numbers for smaller hooks.

Not, of course, the same numbers. No, no. The American numbers run from 2 to 10, thus ensuring that there is another hook labelled simply 7.

And thank God for the Europeans, who somewhere along the way had the Idea of Startling Brilliance, i.e. why not make the sizes be the actual size of the hook? 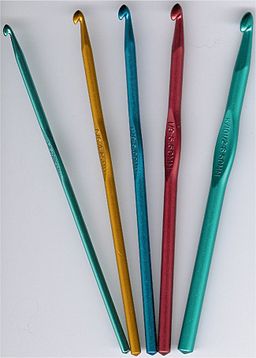 Which is why most modern hooks, regardless of what market they are intended for and what other sizing system they use, are also marked with metric measurements, because then We Know Where We Are.

All we need now is for someone to do the same for the actual stitch terminology.

A slip stitch in the US is a UK single crochet. A US single is a UK double. A US double is a UK treble. You end up researching the genealogy of the friend who gave you a pattern in an attempt to discern what the very basics even mean.

And I have come up with a solution.

As follows. One of the first things you learn when you are beginning crochet, be it so plain as a coaster or dishcloth that you are making, is how to turn. And in order to turn (unless you are slip-stitch/single crocheting), you need to make a turning chain. And the length of said turning chain depends on the stitch you are going to make next. 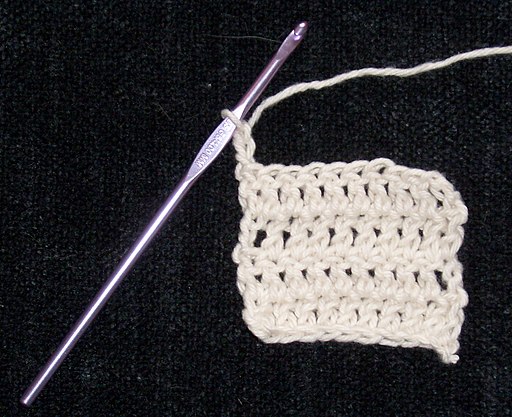 Inspired by the sane approach of the Europeans, I propose that these numbers be taken as the basis of a new universal crochet terminology, and since numbers are already in use (no one wants to be told to make two threes or three twos or anything confusing like that), they shall have suitably abbreviable names.

The stitch requiring no turning chain (formerly known as the slip or single) shall be the Zero stitch, abbreviation Z.

The stitch requiring a turning chain of one (formerly known as the single or double) shall be the Solo stitch – Star Wars fans can thank me later – abbreviation S.

The stitch requiring a turning chain of two (formerly known as the half-double, half-treble or short treble) shall be the Duo stitch, abbreviation D.

The stitch requiring a turning chain of three (formerly known as the double or treble) shall be the Trio stitch, abbreviation T.

The stitch requiring a turning chain of four (formerly known as the triple, double-treble or long treble) shall be the Quarto stitch, abbreviation Q. 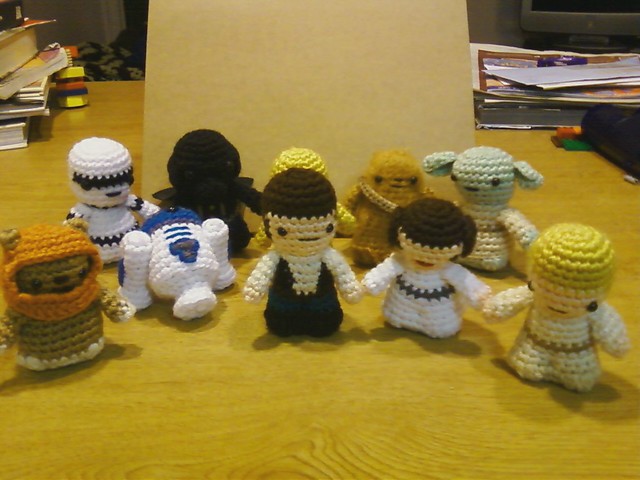 And there you have it! It may well be that I am the only one who will ever use it, but for what it is worth, I offer it to the world, as my contribution to international understanding and goodwill.

All it needs now is a name. I incline towards TurnWise – any other suggestions?