No, Restoration Day isn’t being filmed. (As far as I know. Being, as it is, under a CC-BY-SA license, my permission – or indeed, awareness – would not be required.) But I am taking part in a documentary about people in the Wellington region doing NaNoWriMo.

The documentary is being made by Hidden Flamingo Films – and no, I don’t yet know why they’re called that. I have met both documentary makers (lovely people) and I can confirm that neither of them is a flamingo. In fact, I haven’t seen any sign of a flamingo. Presumably, of course, because it is a hidden flamingo, and doing very well at its self-appointed task in life.

Talking about trying to write 50,000 words in a month is a considerably easier task than actually writing them. Talking is generally considered easier than writing – hence the popularity of dictation software. (The exception, in my case, is talking on the phone. I’d much rather write, thank you very much. Conversation without visual cues is unnerving.)

No, the time-consuming-work aspect of the documentary is not the filming itself, it’s having the house sufficiently clean that when it is filmed, I do not end up “knee deep in the ignominy,” as Tolliver Groat said. If you have ever felt that you really need some extra motivation to get your house clean, consider having parts of a documentary filmed in it. All your dust and clutter, immortalized on film. What a thought.

Likewise, if you need some extra motivation to keep you on track with your NaNoWriMo’ing, consider having someone come to your house each week to ask you how you’re progressing. On camera.

I think this will be particularly helpful for me, as the majority of the NaNo get-togethers are happening in Wellington, which is a good hour’s travel away by at least two forms of transport (bus/bus, train/bus or train/shank’s pony) and none of these transport options make it easy to bring a desktop computer with you.

And – let us be frank – I am an introvert, and socializing with strangers (even introverted strangers getting together to write rather than talk) is not quite enough my cup of tea to cause me to sacrifice two hours of perfectly good – and probably desperately needed – writing time to public transport.

Not to mention that I really really don’t want to have #6 in a Series of Unfortunate Respiratory Illnesses during November, and taking public transport is a pretty good way of exposing yourself to whatever’s going.

This last week’s worth of silence you may attribute to NaNo preparation – actual book prep, housework prep, and finishing other jobs (writing and otherwise) which have November (or late October) deadlines. Also procrastination, because I am not yet the woman I would like to be.

The following month of silence you may attribute to the nearness of my nose to the grindstone, as I attempt to write 2,000 words each day from Monday to Saturday. (I’m taking Sundays off. I’m not crazy.) I will attempt to pop in now and then with an interesting morsel, but I doubt anyone will want their inbox filled up with word count updates.

I considered running a book on a) how many words I would produce each week, or b) what distractions would take centre stage each week, but I fear I would fall afoul of the law in some way, and in any case I haven’t the slightest idea how to be a bookie (despite reading P. G. Wodehouse for years). 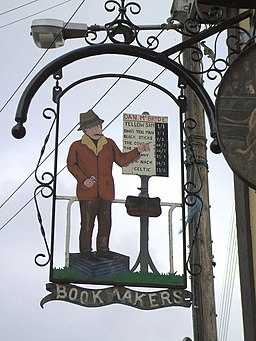 If, however, there is any aspect of the process you would find interesting to be kept abreast of, do please make a suggestion in the comments below. We aim to please, entertain and inform.