In my efforts to create a historical novel which will not cause informed readers to recoil in educated disgust, I have been looking into a number of different things. Most recently:

the death of the Romanovs (with a suspiciously heavy 17 lb. cushion)
naphthalene
Raffles (the gentleman thief, not the hotel)
Black Ascot
Pekinese (crossed with a poodle = a peekapoo)
IQ (disturbing eugenic history there)
and rubber ducks.

And there I ran into difficulties, because Dolly & Dot and the Mystery of the Missing Maid is set in 1931, and the classic rubber ducky bath toy – for which I had planned such MacGuffinage and escapades – wasn’t invented until the 1940s. 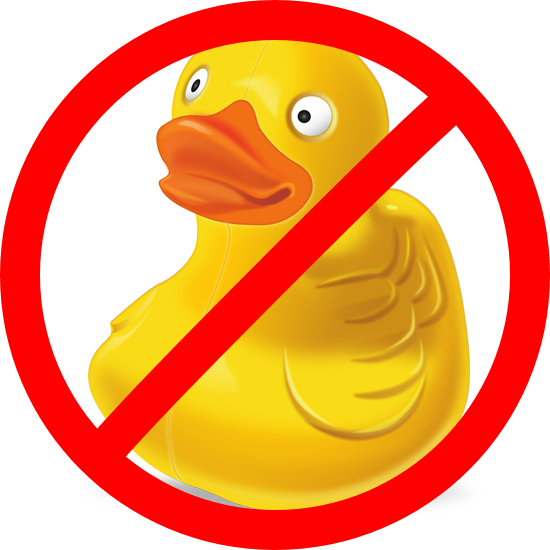 As I see it, I have three options.

1) Change the ducky element to something else – a fluffy bunny toy, say. Decidedly less hilarious, and calling for different scenes to be written, but doable.

3) Change the setting of the book – something I am deeply reluctant to do, as post WWII society is a bird of an entirely different feather.

I have been chewing over this since Friday, and have yet to come to any definite conclusion. Now, therefore, is the time for all good readers to come to the aid of the party and provide some advice and/or opinion in the comment section.

What shall I do with the ducky?

4 Replies to “The Great Duck Conundrum”