Some authors are fortunate enough to come up with a title straight away. Wilbur Smith claimed that the title was the only good bit about the first novel he wrote (The Gods First Make Mad, if you’re wondering). Dame Agatha Christie had the title for Why Didn’t They Ask Evans? before she had the faintest idea what it would be about, having heard the phrase in chance conversation and deciding upon the spot it would be the title of her next book. (The U.S. publishers spoiled this bit of history by titling the U.S. release The Boomerang Clue, despite the total lack of boomerangs in the book – something which irked me greatly as a child.)

Other authors struggle. Children’s author Judy Blume says “I always have trouble with titles for my books. I usually have no title until the editor has to present the book and calls me frantically, ‘Judy, we need a title.'” Triple-Pulitzer-winner Carl Sandburg claimed “We don’t have to think up a title till we get the doggone book written,” but it always helps to have a handle to refer to it by. Something, perhaps, a little more specific than “that thing” and more evocative than “WIP.” 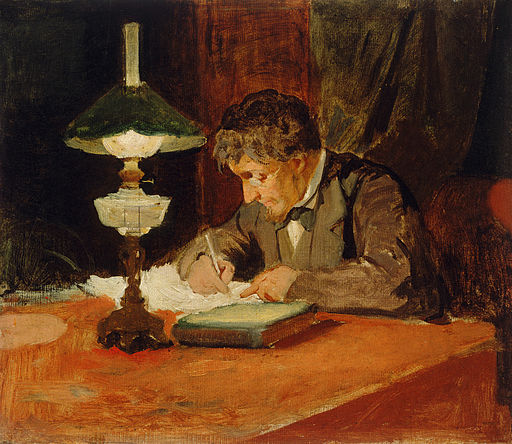 Enter the working title. Working titles have many uses. They provide a convenient reference for computer files, they help you keep your head together if you’re working on more than one project at a time, and sometimes they even end up as the final title.

Personally, I’m all over the place. Consider the four titles of my Works in Progress.

Blood of Kings is about the fourth title that play has had (former titles include The Eye of God and simply David). It may be the last; I don’t know yet.

Dead Man Talking hasn’t had any other titles that I can remember; nor is it likely to, since the piece has appeared on stage under that name. (I thought of a much better title last year, but someone else had already used it.)

I can’t take credit for the title The Black Joke, since I pinched the name off the ship. I think it’s a good title – despite its links to a bawdy song – and shall likely keep it.

The most current of my WIPs goes by the working title of Tsifira, a title which now has nothing to do with the contents of the book and will definitely be changed (and I’m almost sure to what). I originally titled it Crowner’s Quest – a black joke of my own, as while it sounds like it’s about a quest for a crown, it’s actually the old name for a coroner’s inquest. Eventually I grew tired of the joke (such as it was) and changed the title to the main character’s name. Which then changed. Next time I write a book I think I will try to do it faster so I don’t end up with so many changes…

Oh yes – the answers to the quiz. Tomorrow Is Another Day (winner of the state-the-obvious title) was published as Gone with the Wind; First Impressions became Pride & Prejudice; All’s Well That Ends Well (spoiler!) was retitled War & Peace; and Susan‘s main character was renamed Catherine after someone else published a novel named after their heroine, also called Susan. Then Jane Austen died, and her brother arranged for the novel to be published under the title Northanger Abbey. F. Scott Fitzgerald had several title ideas, the last of which was Under the Red, White and Blue – but the novel was nonetheless published as The Great Gatsby.