I am not, by nature, an ambitious woman. (Aside from those mad visions of grandeur which rise before the eyes of every writer when the work is going well.) In fact, I have all the ambition of a potato.

Let us take a moment, therefore, to consider the potato’s ambitions. 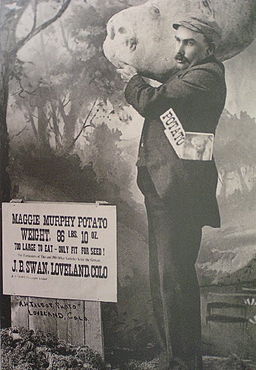 The great ambition of the potato is to be productive. The sole aim of its existence is to produce more potatoes. (In this we differ slightly: I don’t want to produce more writers, but more writing.) The potato is content to sit in its little hill, getting on with the magical business of turning potato (singular) into potatoes (plural).

Of course, this means that the potato does not get out much (have you ever seen a potato out at a nightclub?), but a busy social calendar does not appear on the potato’s list of ambitions.

Another ambition that does not appear: being terribly decorative. The potato does not waste its time trying to look pretty. Even its flowers are fairly straightforward and plain. I myself do not wish to look like a potato, exactly, but neither do I go in for gilding.
On which note, while couch potatoes are practically icons of unhealthiness, potatoes are not, particularly if you eat a healthy range of varieties and don’t cut off the skin (the best bit).

The potato does not aspire to be cool – it doesn’t faff about trying to adapt itself to fads. Can you imagine a potato trying to be low-carbohydrate? No. The potato is what it is and it doesn’t try to change to suit the buzz of the moment. You could say it has a healthy self-esteem. (On which note, watch Rhod Gilbert on the subject of potatoes if you are ever in need of a good laugh.)

Nor does the potato dream of being ‘the new caviar’; a status symbol available only to the elite few with deep pockets. But nor is it an inverted snob. Rather, it provides good solid food for all classes, ranging from fish-and-chips to pommes de terre duchesse.

Despite the potato’s unashamed back-yard stay-at-homeness, it isn’t an ethnocentric vegetable. It is known and loved all over the world, from its South American origins to aloo gobhi to latkes, to… well, have a look here. The potato translates well. 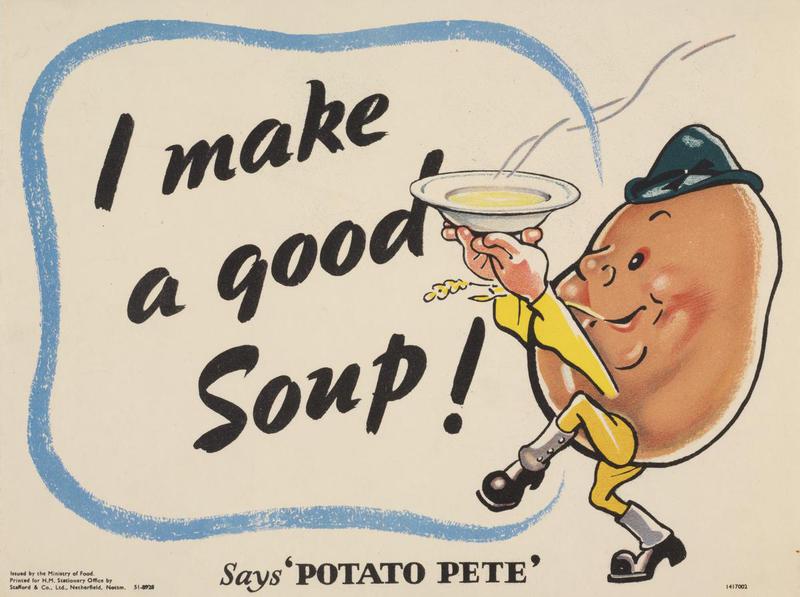 Internationally recognized, happy at home, endlessly adaptable, endlessly productive, secure in itself and content with its lot – is it any surprise that I have the ambition of a potato?