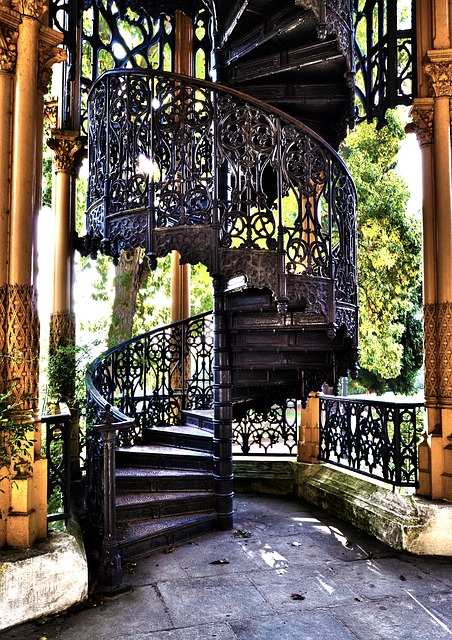 You don’t live in a castle full of spiral stairs without getting calves of adamantium.
Lev Grossman, The Magician’s Land

Being a full-time stay-at-home writer is a wonderful thing, but after nearly a year, I have discovered one area in which it is severely lacking – namely that of exercise.

Back in the days of the Dreaded Day Job, I used to walk to work. Not for the sake of the walk itself, but because the buses were so utterly unreliable. Which was probably just as well, all things considered, because the DDJ was an office job, and the biggest bit of exercise in the day was walking up the stairs in the morning.

Once I left the DDJ, that was four brisk 3km walks (1.86 miles, imperialists) which disappeared from my week. And did I replace them with several other brisk walks?
I did not. I like to do things efficiently, and it seems rather inefficient to leave the house just to wander around and then come back again. I do go for walks with the Caped Gooseberry, but chronic fatigue and brisk multi-kilometre walks do not go well together.

So here’s the question: what do you do to stay fit? What are your recommendations?

My criteria: simple, local, inexpensive, and preferably enjoyable.
I’m not looking to lose weight (nicely, nicely, thank you) or to develop a six-pack and bulging biceps – I just want to be fitter, and to have abdominal muscles capable of keeping my insides, well, inside. Ideas?