The humble bath is so often overlooked. This useful piece of household equipment just sits there, mostly unused, sometimes even downgraded to a mere surface for shower run-off, and yet, the stories it could tell… 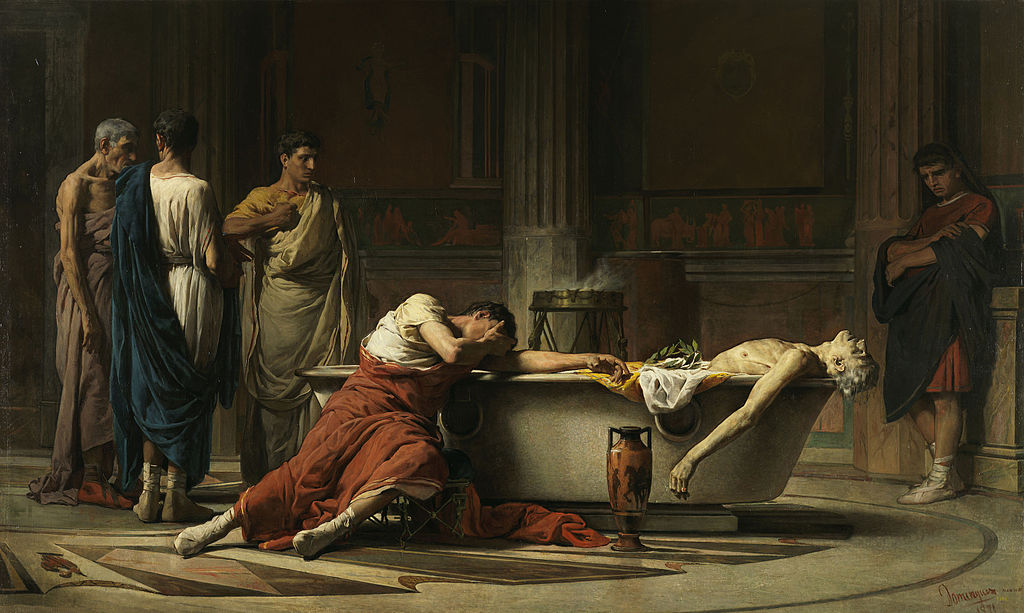 A good many people have entered this vale of tears via a bath, since the popularity of water births has increased. One assumes that a warm bath is less of a nasty shock for the new entrant, although presumably they need to be fished out fairly sharpish so they can start breathing in the normal way.

Even more people have departed this vale of tears in the bath. Even overlooking all those who were insufficiently careful with their electrical appliances while bathing.
As it says in Green Eggs and Hamlet,
“To sleep, to dream, now there’s the rub
I could drop a toaster in my tub.”

Winner of the gong for “Most Often Portrayed Dead in His Bath” is Jean-Paul Marat. Marat was assassinated in his tub, which should serve as a warning to all mankind about not giving audiences to young ladies while in the bath, especially when your wife warns you not to! 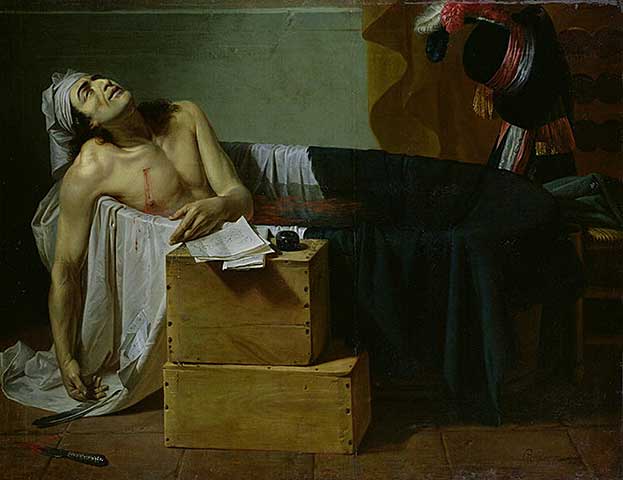 Agamemnon’s wife is said to have murdered him in the bath, although frankly, after sacrificing their daughter, staying away ten years, and then arriving home with his mistress and their children, he had it coming.

Three of the nine women who believed themselves to be married to George Joseph Smith – under a variety of different names – died in their baths shortly after making wills in his favour. The experienced diver who was helping the pathologist figure out howdunnit had a narrow escape too – it took the pathologist and a doctor half an hour to bring her round.

That’s births and deaths, what about marriages? I thought things probably hadn’t got that far (except perhaps in California) until I saw this. Which, now I look into it, appears to be from California. Where anything can and probably does happen. 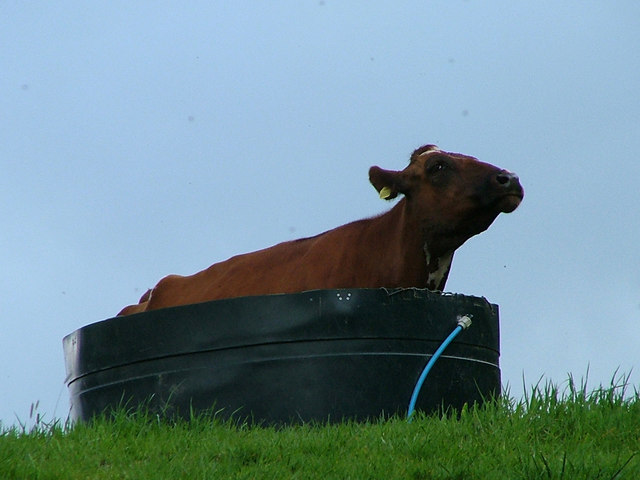 The bath is also a great place for thinking. Archimedes figured out the whole water-displacement-volume thing in his tub time, and then invented a scientific method of stealing someone else’s bathwater: the Archimedes’ Screw. Centuries later, the great Agatha Christie dreamt up plots while lying in the bath and munching apples.

I myself am entirely pro-bath. I have lived in bath-having houses for the last twelve years, and while I have nothing against showers, there is nothing so luxuriously comforting as a hot bath when you come home soaked through on a cold rainy day.

This probably seems all the more luxurious to me as bathtubs did not feature largely in my childhood. When I was very little, we lived in a place where clean water was a rare and treasured thing. 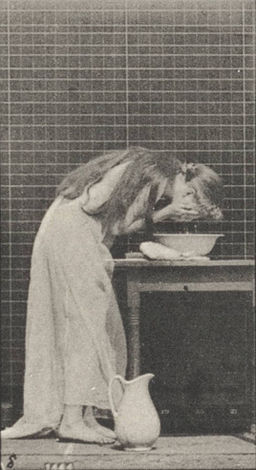 We had a little bowl of water to soap up with, and another little bowl to rinse off. Admittedly, I had less surface area back then, but it is actually possible to get clean that way, and it is definitely water-efficient.

Fast-forward a few years and it was bucket showers, with the hot water heated in an enormous black kettle over an open fire. Baths were sometimes had in a large pink plastic bowl, with each member of the family using the bathwater in turn (while Dad read The Lord of the Rings outside the bathroom door). Proper old-school, that was.

I do try to be eco-friendly, which is why I have not made maximal use of the baths available to me for the last decade or so. But I recently realized that two showers take about as much water as one bath. (Seriously, try putting the plug in next time you shower. You will be surprised. Especially if you only have a shower stall…) 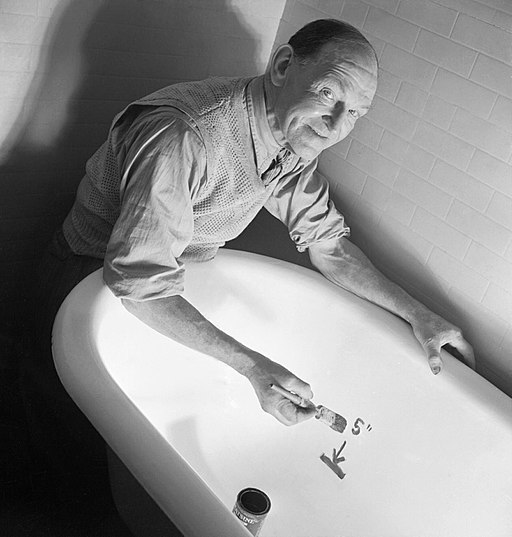 And then I made my great discovery. Using the water-displacement theories of that great bather of antiquity, Archimedes, one can enjoy a deeper bath without using more water. How, you ask? Add mass, ideally in the form of one’s dearly beloved. The volume of water thus displaced is experienced as greater depth.