We’ve all been there. The embarrassment of misinterpreting someone else’s unspoken communication; the awkwardness or downright unpleasantness of someone misunderstanding or just plain missing yours. 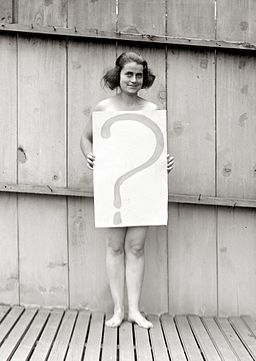 But you don’t feel comfortable just coming out and flatly saying these things – or bellowing them across the room, as the case may be. I believe I may have discovered a solution, and very poetically, this benefit for the future has its roots in the past, back before texting and DMs and all the rest of it. Back, in fact, in the days of sailing ships.

Prior to the invention of radio, ships used to communicate with each other by running up particular flags with particular meanings. Admiral Horatio Nelson kicked off the Battle of Trafalgar by having his signal officer on H.M.S. Victory inform the rest of the British fleet that “England expects that every man will do his duty.” This took quite a large number of flags.

Naturally, carrying around a whole swag of fabric is not going to be convenient for those of us who don’t have a sailing ship to hand, but no doubt they could be adapted for use in the modern techie world. Signal flag emoji, for example; a display on your watch which you casually turn toward the intended recipient; a popup on your screen, a variable-display brooch or pin, or even – for those analogue situations – a little pack of cards that goes on your keyring.

Consider, for example, those days after a bad night’s sleep when you crawl down for breakfast feeling like something the cat hacked up.  Just the situation where you don’t want to try expressing how you feel in words, right? Instead, run up a Y flag: I am dragging my anchor. 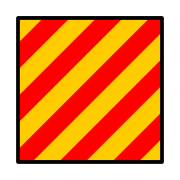 When, later in the day, you’re struggling to deal with whatever the day has flung at you, and the last thing you want is people trying to interact with you on top of that, run up the D flag: Keep clear of me – I am manoeuvring with difficulty. 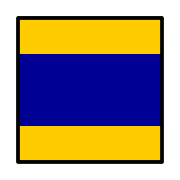 Overwhelmed with sheer tiredness when someone wants you to do something, whether it be work, chores or going out on the town? Bring on the M flag: My vessel is stopped and making no way through the water. 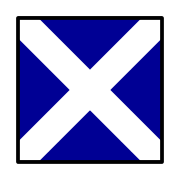 Lost in an unfamiliar locale? The G flag will tell the world that I require a pilot. 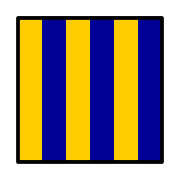 Or if you’re stuck in one of those barn-like shops with nary a helpful shop assistant to hand, a V flag will inform them that I require assistance. 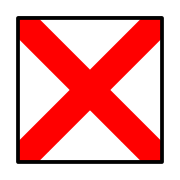 If you have a disability and are sick of people treating you like you’re incapable of conversation – or worse, not even there – consider running up the F flag: I am disabled. Communicate with me. 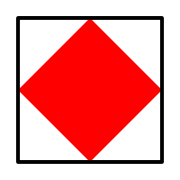 The difficult realm of interpersonal relationships – particularly where dating or “meeting someone” is concerned, could also be rendered less confusing with the use of signal flags.

If you find yourself in the company of someone who seems rather more interested in you than you’re comfortable with, run up the S flag as a not-so-subtle hint: My engines are going astern. 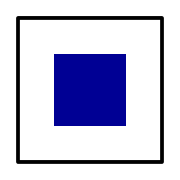 If someone is coming on to you in a way you do not like, deploy the L flag: You should stop your vessel instantly. 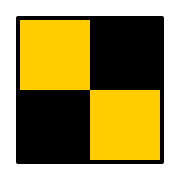 Follow that up with X: Stop carrying out your intentions and watch for my signals. 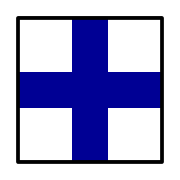 If that fails to have the desired effect, bring on the U flag: You are running into danger. 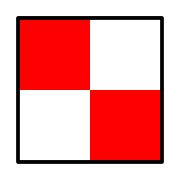 Those whose love life is in better condition and who just want to be left alone to make goo-goo eyes at each other can run up the T flag: Keep clear of me, I am engaged in pair trawling. 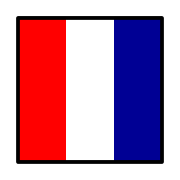 And of course, we all have days when the kindest thing to do is warn the world with a J flag: I am on fire and have dangerous cargo on board, keep well clear of me. 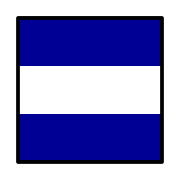 2 Replies to “Why We Need Signal Flags In Everyday Life”