…that the nominations for the Sir Julius Vogel Awards for science fiction, fantasy, and horror books published in 2020 (such as The Wound of Words) opened some time ago, and will remain open until 8pm on the 31st of March NZT (or rather NZDT as we don’t come off until the Sunday following).

Pop across here if you’d like to make a nomination. In order to nominate, you must be “a natural person or body corporate” and “have read, viewed, or otherwise consumed the nominated work” (not in a Michel Lotito kind of way). Not to mention considering it worthy of the award.

END_OF_DOCUMENT_TOKEN_TO_BE_REPLACED

My thanks to you all! Restoration Day has made it onto the final ballot for the 2019 Sir Julius Vogel Award for Best Novel! 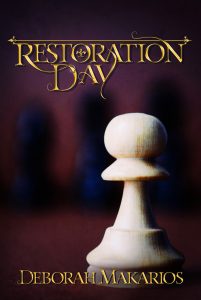 And to my great surprise, I have also been nominated for Best New Talent – my thanks to whoever thought that up; you know you you are (even if I don’t).