How did this happen, you may ask? Well, the mouse was introduced to the house by our younger cat, a handsome ginger. He carefully carried the fat little chap upstairs, and I shut the two of them in the bathroom. (This was before I knew he was a housework mouse.) No, I was not singing – which may or may not have had an effect on the subsequent turn of events. The cat was singing, however. He sings to mice. I do not know why.

About half an hour later, since the singing had died away, I went to check on them. They had managed to pile up a fair amount of dust-bunny in the middle of the room, and the mouse was busily excavating fluff under the bathroom stool. 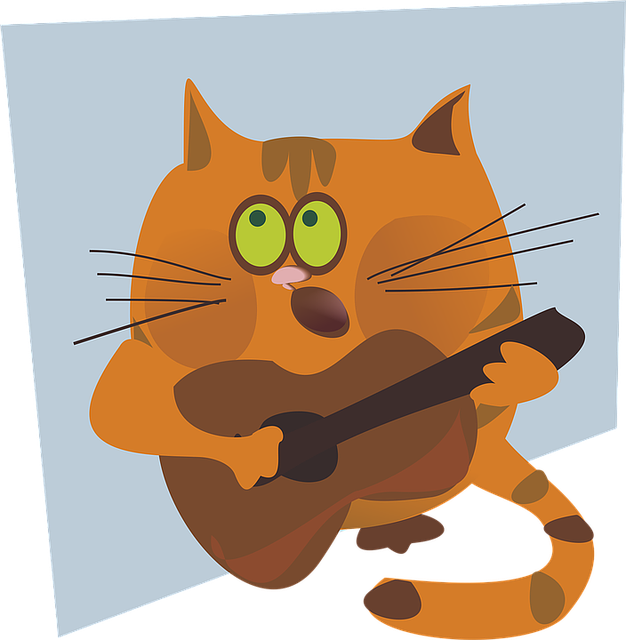 So far, so good, one would have thought. I mean, all it would take is a tight-laced corset for moi and some ridiculously huge shoulder-pads on the blue-eyed boy (aka the Caped Gooseberry), and anyone would have mistaken us for the genuine copyright-extending thing.

I went away and closed the door again, and from there, things took a distinctly less Disneyish turn. Those of you with weak stomachs are best advised to stop reading here. Maybe pop across to Mary Corbet’s site and look at some needlework instead.

Three unpleasant and, I need hardly add, unforeseen things happened after I closed the door, although as I was not in the room at the time, I cannot say with complete certainty what order they happened in.
For one thing, the cat ate the mouse. (This never happens in Disney movies.)

But it turns out that you can’t keep a good mouse down. Or at least, our cat couldn’t. He promptly hurked the whole bloody furry mess up, all over the bathroom floor. 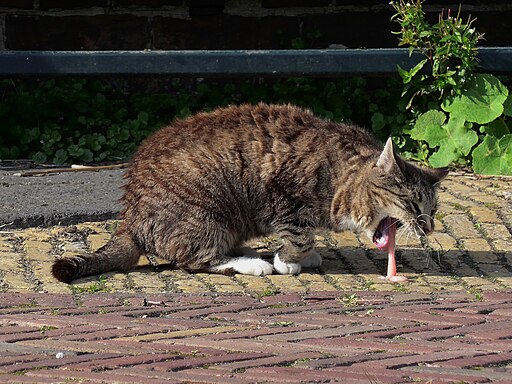 These actions are clearly sequential: eat mouse, throw mouse up. The question which still remains regarding the chronology is this: at what point did he poo on the floor? The cat, that is. The mouse peed on the floor, but as you can see, a tiny puddle of mouse pee was the least of my problems.

It is possible (my hands just typed poosible: thanks, hands) that he found himself caught short mid-pursuit and was subsequently so overcome by the resulting fumes that he barfed the mouse up again. On the other hand, it is also possible that having already redecorated the floor with a macerated mouse, he figured in for a penny, in for a pound; as well be hanged for a sheep as a lamb, and decided not to wait to Go Outside like a good boy.

I guess we’ll never know. What I did know, however, was that the mess needed to be cleaned up. Did I whistle while I worked? No. I hollered for my trusty husband and we tackled the disaster-zone together. Let me tell you, a good husband is infinitely superior to any idealized figure of fantasy. Do you see Prince Charming cleaning up mangled-mouse cat-puke? Didn’t think so.

However! I am now in a position to authoritatively inform you – having lived through and carefully weighed up the competing horrors of the two events – that a floorfull of the recent contents of a cat’s digestive tract (both ends), is still not as bad as a birdfull of maggots on your carpet.