Here is Nils Olav inspecting the Norwegian King’s Guard, of whom he is the Colonel-in-Chief. On this particular occasion, he had just been made Sir Nils Olav – being, as the King of Norway said, “in every way qualified to receive the honour and dignity of knighthood”. 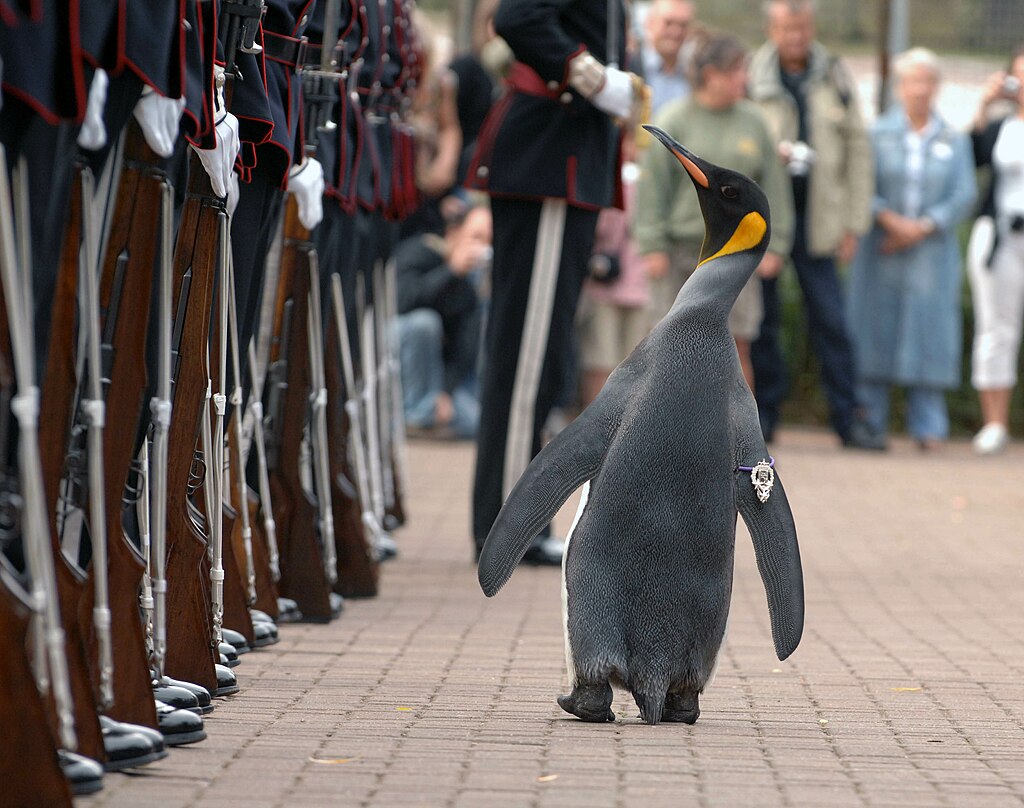 He is also a penguin. (You spotted that, did you?) He appears, however, to be doing an excellent job of reviewing the troops. Clearly an able and conscientious officer, which may be why he was promoted to the rank of brigadier in 2016.

Personally, I feel the world will be a better, safer place when a larger proportion of people with guns are compelled to stand in highly polished rows and be inspected by fine upstanding members of other species.

4 Replies to “The Honour and Dignity of Knighthood”