From my attempt at the Venation shawl, I learned that trying to figure out what mistake you made in the lace pattern when knitting with part-possum 2ply is well-nigh impossible – and if you do manage to figure out what you did, there’s no way you’ll be able to undo it.

From my first attempt at Stash Socks, I learned that just because you got the right size using these needles for this pattern in this gauge of yarn last time, doesn’t mean it won’t turn out way too big this time.

From my overheated summer struggle for a cotton snood, I learned that cotton really doesn’t have much give to it. Also that I am better at weaving in my ends than I realized. Plus, you know, gauge.

From my Vanilla and Boysenberry 2-scoop Choc-Dipped Socks, I learned that doing your favourite kind of toe instead of the one written really does make a difference, if you’re using that toe as a gauge for how big the heel will be, and your toe uses a different number of rows to the pattern’s toe.

From my initially very enthusiastic attempt at the “Waitress” waistcoat, I learned that while I have the ability to do complicated mathematics (with occasional assistance from the Caped Gooseberry), that doesn’t mean that the resulting numbers will necessarily produce the right sized garment. 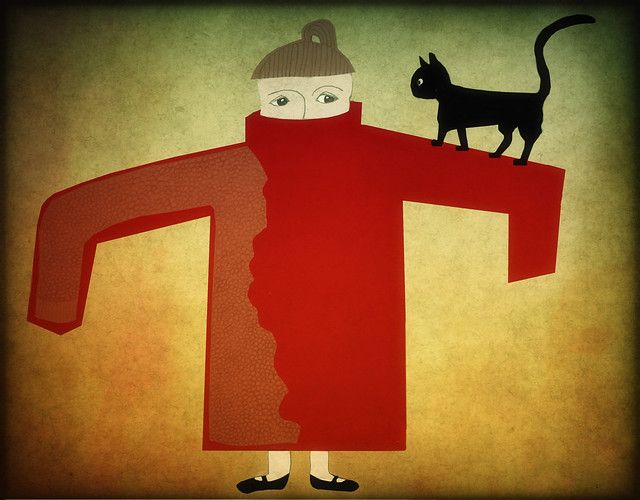 And from my first attempt at the Snow Drops Hat, I learned that having “almost enough yarn, probably?” is not the same thing as having enough yarn. At all.

So there are the half-dozen disasters that make up my Plague of Frog. Which reminds me of Djelibeybi in Pyramids by Terry Pratchett.
“All self-respecting river kingdoms have vast supernatural plagues, but the best the Old Kingdom had been able to achieve in the last hundred years was the Plague of the Frog*.
*It was quite a big frog, however, and got into the air ducts and kept everyone awake for weeks.”

Anyone else had some unpleasant amphibian experiences lately?