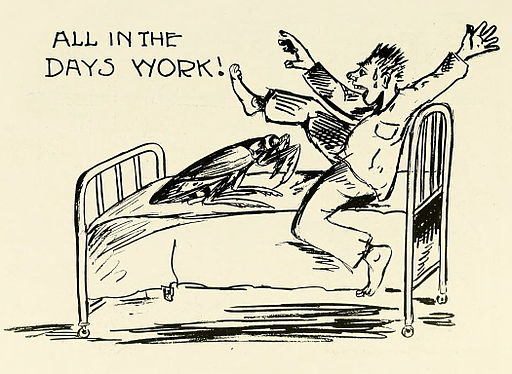 What do you do when your dreams come true?

I’ve just been re-reading this post again. I wrote it over half a year ago, and yet it seems so pertinent to my present situation.
I wrote that post in a fairly rare burst of hope – and now I have received what I hoped for. As I wrote back then, “you can’t out-dream God.”

As full as my morning pages (and let’s be honest, blog posts) were of chafing against the DDJ, wishing to be freed of it and hoping to ‘one day’ be a full-time writer, I didn’t actually expect it to happen.

Not that I thought I was going to grow old and die in the DDJ, but I didn’t really think that I was going to get the chance to live my dream, either. I expected to settle for second best. Or third best. Food on the table, anyway. Or else I thought that yes, God has a purpose for my life, but it’s probably something deeply self-sacrificial and rather unpleasant. As Julia Cameron writes, “We are not accustomed to thinking that God’s will for us and our own inner dreams can coincide.”

As much as I felt sorry for the poor historical figures who thought that God would be pleased at them seeking out suffering (and usually pointless suffering – pointy suffering seldom works to your timetable), deep down I believed the same.
I didn’t really believe that God’s will for my life could be something I’d enjoy. I underestimated God. (As J.B. Phillips wrote, Your God Is Too Small.)

This is not to say that whatever you want to do must be what God wants, too – but it doesn’t mean it can’t be.
I don’t know what God’s dream is for the rest of my life (or how long that is) – maybe I’ll always be a full-time writer, maybe I won’t. I don’t know. What I do know is that the dream I have scarcely dared to dream for tens of years, the dream so dear I have sometimes not dared hold it close for the pain of losing it – that dream is about to come true.

And now I have to live up to it.
The problem with a dream life is that it isn’t real. You can imagine you’ll be as perfect as – well, as perfect as you can imagine. When you actually get there it turns out you are still not perfect yet and you still have to contend with all the weaknesses of character that have plagued you all along.
But you can dream of being better, and work at making that dream come true. What do you dare to dream? And what are the dreams you don’t yet dare?