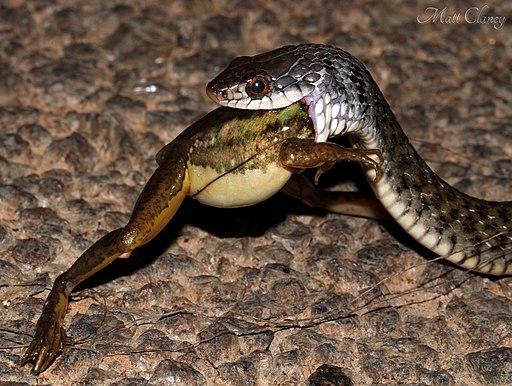 I feel like Eat That Frog can be summed up in one sentence: don’t put off the hard jobs on your list. Which is to say, don’t procrastinate. Thinking about eating frogs may help some people avoid procrastination; all I found was that I was doing the same jobs in pretty much the usual order, but with a faint feeling of ickiness. (Also, ironically, a nasty coldsore which made me look like I’d been kissing frogs.)

The third problem was that some frogs can’t be front-loaded on the day. You can’t do the ironing until the laundry’s been washed, hung out to dry, left out most of the day and brought in again. You can’t move a multi-person meeting from 7:30pm to 10am just because it suits you better. That frog is fixed in place.

So while frog-eating may be absolutely some people’s cup of tea (or hot liquid frog, as the case may be), it didn’t work that well for me. Good to know; moving on.

This week’s experiment, or to give it its full title, Grand Productivity Experiment: Phase Four, is one that I invented myself (as far as I know), loosely based on FlyLady’s tenet that one can do anything for fifteen minutes.

Each day, one does fifteen minutes’ worth (minimum) in each of seven areas, the main areas of responsibility in one’s life. In my case, that’s Housework, Outside Work, Writing, Handwork, Church Work, Communication and Exercise.

Housework doesn’t include the sorts of tasks one does every day anyway – it’s more about the incidental tasks. Clean the microwave. Mend that shirt. Clean the windows.

Outside Work could be called Yard Work, except that it often rains here, and I’m not a big fan of getting unnecessarily cold and wet. So I’ve added to this category the job of getting things Outside – purging unnecessary stuff from the household. You might call it the category of pruning, literal and metaphorical.

Writing means working on my WIP (Work In Progress). At the moment I’m aiming to edit a chapter a day, which will take rather longer than 15 minutes, but 15 minutes is something done (a bite out of that blasted frogephant), even if I don’t get to the rest of the chapter that day.

Handwork can be many things, but I’ll try to focus on the projects which are less relaxing, require more attention, or just Need To Be Done. Quilting the rose quilt gargoyle, for example, or knitting a swatch for my next biggish project.

Church Work is not, as some might think, the embroidering of items for use in churches (a la St Clare), but rather involves the jobs which come my way as part of the various responsibilities I have in our local church. At the moment, it’s mostly reading and reflecting, with a bit of planning thrown in.

Communication includes blogging, commenting on other people’s blogs, writing emails and that sort of thing.

Exercise – well, we all know what exercise is, and I dare say most of us could do with more of it. I certainly could! So 15 minutes a day will be spent doing just that.

Now, the mathematically adept among you will have noticed that seven lots of fifteen minutes do not add up to one day, even once one subtracts eating, sleeping, and the other stuff of daily life. This is quite true. The rest of the time is flexible: I can spend more time in one or more of the categories, do something else entirely, or rest – whatever seems called for on the day.
So that’s my plan for the week!

What are the main areas of responsibility in your life – and how do you balance them?