Let me set the scene: It was a dark and stormy night….

I went to put some paper in the recycling outside the back door, and found a snail taking refuge from the downpour. Which then reminded me… 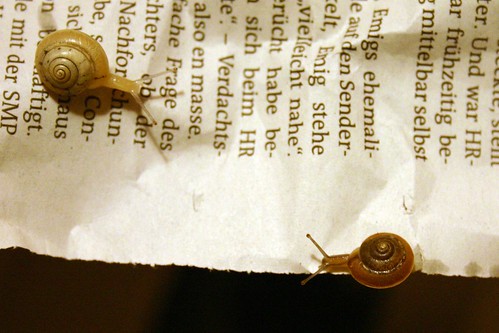 Something – some unseen beast or beasts – had been nomming on my peppermint plant lately, to the point where it didn’t so much have leaves as lace. But every time I checked, there was nothing to be seen.

Ha! said I to myself. A nocturnal nommer! I must creep out by night and surprise it. Of course, I kept forgetting. It doesn’t help that it doesn’t really get dark at this time of year until about an hour before bedtime, by which time my mind is usually on hot chocolate, crochet, and/or books.

But the snail reminded me. Pausing only to replace my slippers with gumboots, I ventured out into the downpour to peer at my peppermint. And what did I behold? A caterpillar! A fat green caterpillar hanging off the bottom of a leaf, out of the rain. At least, out of the rain until he ate a hole in his umbrella. (Caterpillars are not generally renowned for the clearness of their thinking.)

A very short space of time sufficed to drive home to me that picking caterpillars off plants with bare hands is best left for much hardier souls than myself. Already rather damp, I scudded back through the front door and asked the Caped Gooseberry to bring my garden gloves.

What I got was my work gloves, but I was not minded to quibble, being eager to begin wreaking my revenge. Returning to the fight, I began plucking the caterpillars loose. But the work gloves being rather stiffer and less fitted to my hands, I found myself dropping the green miscreants. And there were tiny caterpillars as well – how was I to capture them, in the pouring rain and limited visibility?

Solution: cup gloves at base of stem, brush upward, stroking undersides of leaves in passing. Squish anything collected on gloves at end of each pass. Not perhaps quite as revolting as the Dreamstress’s Slugfest 2016, but still pretty revolting. 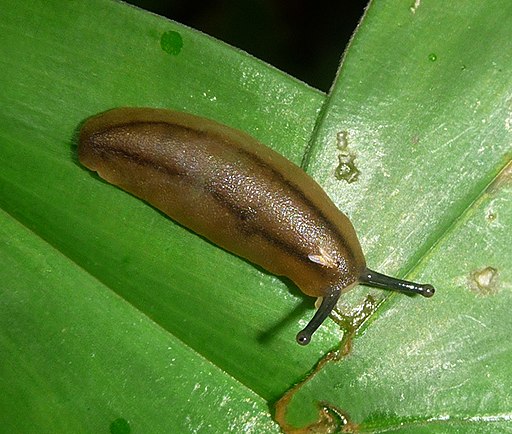 But at least they didn’t smell disgusting. On the contrary, there was what Donkey would call “a hint of minty freshness” about the ichor smeared all over my gloves by close of play, when I returned to the house soaked to the skin but utterly triumphant.

And that, ladies and gentlemen, is how you imbue your gloves with the scent of peppermint. You’re welcome.